Hub Vilnius joined over 30 other coworking centers from across Europe for the first coworking Jelly week. Come to Hub Vilnius on the 21st of January for Jelly there.

Jellies are occasional meetings at which a small group of people come together to collaborate in an informal atmosphere. Unlike coworking spaces, no membership is required, they cost nothing and take place in a variety of locations. They offer the opportunity to exchange ideas, with no commitments or costs. And at the same time, they allow a community to build that can eventually lead to the development of an institution like a coworking space. With these two benefits in mind, Anni Roolf, a communication designer from Wuppertal, has organized the first European Jelly Week. It will take place from January 17 to 23 in many cities across Europe. 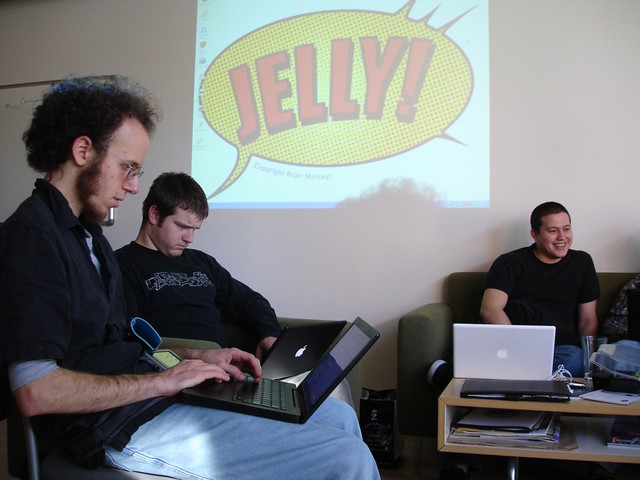 The name “jelly” was chosen by a group in New York in 2006, taking inspiration from jelly beans. In the end it is simply a fun name, one which is yet to surface in Wikipedia. “These meetings are probably too unstructured and not organized enough for it. Many meetings in spontaneous locations could qualify as a jelly. But even so, somebody could have written an article about it on Wikipedia. The concept has existed now for five years, after all,” Anni said. 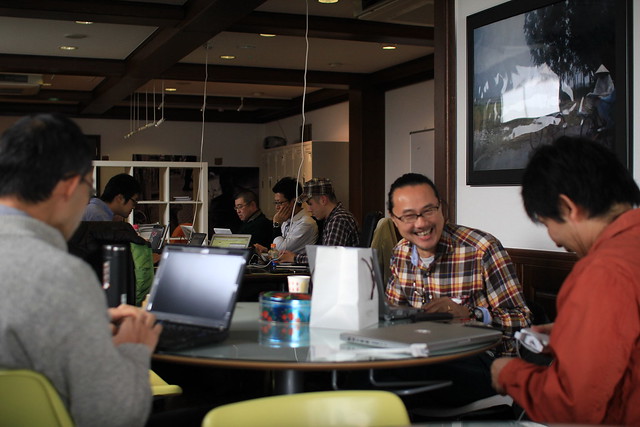 “The coworking movement also existed before it had a name. Many people discovered the concept for themselves, without having to describe it in one word. However using a known label can allow people to better grasp the concept and help it to achieve greater awareness.”

As well as the first Jelly Week, Anni has also initiated the development of the first coworking space in her home town. Jelly meetings can act as a temporary coworking meeting, even if no fixed premises have yet been found. It also helps spread the coworking movement to new places.

The idea grew out of the Coworking Europe conference in Brussels at the end of 2010. Anni wanted to find a way to carry on the productive spirit of the conference, and to demonstrate “how fast things can be created, with few resources but many legs.”

Another reason is to help spread the word about the coworking movment and foster a pan-European dimension to encourage international exchanges and attract more media attention.

How each Jelly looks and functions is entirely up to the creativity and knowledge of each individual organiser. “We only create the basis, and it is up to the people to visualize what they can make from it.” For herself, Anni hopes to develop the initiative for a coworking space in Wuppertal, and to network with people in other locations.

So far, 30 organizations from 14 countries have signed up to host meetings, many of them coworking spaces. A central site will help all participating jelly meetings communicate with each other, as well as a Twitter wall using the hashtag #jellyweek. Jelly Week offers a good opportunity for the strengthening of the European coworking community. To participate, simply contact Anni.

Here is the map of coworking Jelly week:

Japanese coworkers has joined it as well:

It’s been a long time since my last post on the blog, so for those of you who don’t know we started Cowork Central back in November 2007, we were the first coworking space in Latin America and it is located in downtown Buenos Aires. Much has happened since our opening almost a year and a half ago and we wanted to share some of those thoughts and plans for the future with you.

Many spaces were created in Latin America during this time in the cities of: Sao Paulo (Brazil) and Montevideo (Uruguay), and as I can see from the Wiki right now, a lot more are being planned. This leads me to believe that the coworking movement is actually fitting very well into a very different culture as the northern countries (US, Canada, Europe) have.

Although during this time we had the pleasure of being interviewed by very important national and international press (NYTimes, The Globe and Mail, Clarín, El Cronista, La Razón, etc.) we had a somewhat difficult time trying to attract and evangelize local geeks to the coworking idea. Because of this, most of our members are international visitors that are staying for just a couple of months and then move on. On one hand this is actually pretty cool since it adds a lot of cultural value to the space and it’s members but on the other hand it’s not that good in the long term creation of the community. Reaching local individuals has been one of our most challenging tasks.

A couple of months ago I had the pleasure to visit some coworking spaces in the US (New York, San Francisco and Austin), had the chance to talk to the founders and members of such spaces and I came back with several ideas to implement here in the end of the world.

For the time being we are setting up our very first Jelly event. Again, this would be the first of it’s kind in Latin America. This event is scheduled for June 16th and our idea is that if this goes well, we might start hosting more Jelly’s to attracting more people to the coworking community.

Of course, if you happen to visit Buenos Aires, don’t forget to drop by, remember we are participating on the “coworking visa” project.

NPR’s Marketplace aired a short piece on Jelly and coworking on Monday, along with the above video.

I’ve always liked the synergy and compatibility between Jelly as a gateway to full fledged coworking, and that this story blends the two initiatives speaks to fact that on ramps like Jellies and Juntos (in Philly) are great ways to coalesce the ingredients to coworking communities.

Two new Jellies go live in the next few weeks — tell your friends in Austin and Atlanta to sign up!

Coincidentally, the next Jelly NYC is next Friday, October 12th.

As always, all events are free to attend, and everyone is welcome. Help spread the word!